But ZebPay has big plans, going forward. Not just operating as a cryptocurrency exchange, which looks to be an unsustainable business proposition amidst the ongoing turmoil, ZebPay is exploring solutions such as becoming a financial advisor, almost like a crypto investment bank, for cryptocurrency start-ups.

As the going continues to get tougher for Indian cryptocurrency start-ups, ZebPay Chief Executive Officer (CEO) Avinash Shekhar has decided to move on. This comes a month after Chief Financial Officer (CFO) Tarun Jain left the company, multiple sources aware of the matter said.

ZebPay is one of the largest cryptocurrency exchanges in India.

When reached out, the ZebPay team confirmed the development to Moneycontrol, adding that Shekhar will now work on his own start-up, which will be operating in the Web 3.0 and crypto tax compliance space. ZebPay will hold a minority stake in this new start-up.

“Avinash will focus on his start-up later this year, which is in the Web 3.0 space. However, he will continue to stay in an advisory role on ZebPay, as a director. Rahul has always been a part of the decisions at ZebPay and will continue to lead the business, going forward,” the company told Moneycontrol.

Shekhar will also continue to be associated with the company as a board member and consultant for the long term. According to his LinkedIn profile, Shekhar started working with the company in July 2017 as CFO before taking over, first as a co-CEO and later as CEO in December 2021.

“Tarun was getting a CEO level position at his new company. He knew it would be a longer path here, so he moved on. Avinash has been my co-captain at ZebPay helping in turning around the company,” Rahul Pagidipati, Chairman, ZebPay, told Moneycontrol. Both Shekhar and Pagidipati spoke to us to address our queries.

According to the sources, several other members from the senior management have quit the company amidst uncertainty in the industry, but Pagidipati maintained that it’s mostly among mid-level staff.

This comes at a time when the cryptocurrency ecosystem in India is grappling with several challenges. After Finance Minister Nirmala Sitharaman announced a 30 percent income tax levy on gains from trading in crypto in her Union Budget speech, and a global crash in crypto token valuations, the industry started getting impacted by April this year.

This was followed by another blow in the form of the introduction of 1 percent tax deducted at source (TDS) on virtual digital asset transactions in India from July 1.

Between January 1 and July 14, around 85-90 percent of trading volumes at top crypto exchanges such as WazirX, Zebpay, CoinDCX and Bitbns were wiped out, as per data from CREBACO Global.

As liquidity crunch started to creep in, several cryptocurrency start-ups had to take up cost-cutting measures to continue to stay in business. ZebPay too announced company-wide pay-cuts, with management members taking larger cuts.

“We are doing what we always do. This is just a part of the course, of people coming in and going out. I don’t think there’s any more attrition now than there was six months ago. In this bear market where crypto corrected 90 percent, some companies get stronger, some die and some become zombie companies,” Pagidipati said.

“Around the time of the volume crash in July, many companies like Coinbase and Vauld had laid off nearly half of their staff. We didn’t want to do that. So we had to make small pay-cuts instead. Most of them got 6 percent pay-cuts at ZebPay, management took a higher cut,” he added, without stating the exact number for the management pay-cut, citing poaching issues with competitors.

Operating only a cryptocurrency exchange has become an unsustainable business amidst the ongoing turmoil, which led to most of them in India to introduce long-term products such as systematic investment plans (SIPs), loans and futures trading. ZebPay too is exploring other solutions and plans to become a financial advisor for cryptocurrency start-ups.

“We are looking at repositioning ZebPay as a cryptocurrency financial advisor, almost like a crypto investing bank. We’ll need regulations for that and I believe that will be in place in three to four years. So, if you are a crypto start-up and need help to raise capital we can advise you on that,” Pagidipati said. 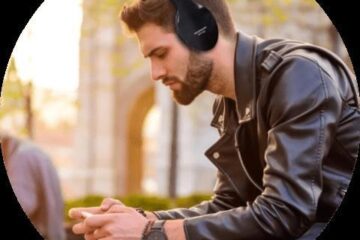 Customers looking for quality gifts this Christmas are saving money with the Lakinza Store. All of the products are sold at unbeatable prices and come with a full guarantee and a fast free shipping Read more…

This growth stock delivered massive returns Is the growth slowdown a problem?   InMode (INMD -2.06%) is a growth stock unlike any other, and it’s also one of my biggest holdings. This medical aesthetics company Read more… 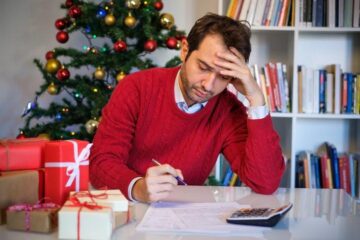 Here’s What the Average Consumer Will Spend on the Holidays. Can You Afford It?