Crypto needs to self-regulate before governments crack down

From privacy standards to consumer protection, the cryptocurrency industry needs to better regulate itself before governments crack down.

Self-regulation will be critical in governing the rapidly changing landscape of the cryptocurrency industry in order to preserve its autonomous, decentralized nature.

Months after the collapse of the Terra ecosystem that propelled crypto’s market capitalization below $1 trillion, the industry is beginning the long process of rebuilding not only retail trust but also faith in itself. Current market conditions are in part due to structural weaknesses in smart contracts, models and governance processes. This is made evident by the many hacks and exploits that have taken place this year and the ballooning of projects with flawed tokenomics and that are governed through dubious operations.

The implementation of stricter self-regulatory standards will be necessary for the industry to build a sustainable, innovative alternative financial ecosystem. On the other hand, if the industry continues to ignore this problem, it’s certain that external regulators will step in hard, forcing the new system to become centralized in order to comply with legacy rules.

Self-regulation could supercharge the next stage of crypto

Self-regulation in various permutations has been successfully implemented in many industries with government oversight, resulting in more leniency in external regulation.

The advertising industry is a prime example with its implementation of self-initiated standards to protect the data privacy of users. As the internet industry grew in the 2000s, concerns began to emerge over users’ data being used by third parties without consent. The Federal Trade Commission, a United States government agency, proposed online privacy guidelines for the collection and use of users’ data for online behavioral advertising. In response, representatives of the ad industry developed a self-regulatory program based on the FTC’s recommendations. The program included “ad choices” to provide users with more control and autonomy over their data, with the option to opt out of personal targeting.

Related: Federal regulators are preparing to pass judgment on Ethereum

As a result of continual proactive efforts by the ad industry, they were able to avoid high external regulation and, instead, operate with oversight from the FTC. This relationship, where government and industry align, shows that innovation can be encouraged while also protecting consumer needs.

Without industrywide participation, self-regulation is futile

Great self-regulation can maintain the values of decentralized finance — such as being permissionless — while still protecting users.

One area where self-regulation will be essential is privacy in DeFi. All individuals deserve privacy over their information as well as their money. However, private financial systems are known to be used by nefarious actors, leading to actions such as the sanctions against Tornado Cash.

An example of a self-regulatory privacy solution would be the creation of opt-in whitelists in private DeFi systems. As a user, you would be able to choose to opt in to one of many possible whitelisting services when depositing and transacting in private DeFi. This means that while you would not be personally identifiable, when you later wanted to send funds to a centralized exchange, or sell your assets, anyone would be able to verify that your funds had previously been registered to a whitelist and that, therefore, your source of funds was not criminal. This whitelist provider could be a centralized exchange, a government organization or an independent third party where you have completed Know Your Customer requirements.

As a user, you can, if you wish, still choose not to register with a whitelist, or to register with a less trusted one. But this would make it difficult to ever prove the source of your funds or move them back into the traditional financial system.

Related: Biden is hiring 87,000 new IRS agents — and they’re coming for you

The crypto industry has matured significantly with each cycle, proving its resilience and optimism to evolve. The industry has come together to improve privacy with zero-knowledge proofs, create cheaper and faster options for users through layer-2 solutions and alternative layer-1 blockchains, and compensate users who were victims of hacks and failed projects.

If the industry is to continue driving development roadmaps without undue regulation, autonomy has to be earned. The tide may be beginning to turn as more governments weigh in, as we saw in the sanction of Tornado Cash and the proposed two-year ban on algorithmic stablecoins. While self-regulation may prove challenging to coordinate, in the bigger picture, it reasserts confidence to governing bodies that the industry is taking proactive measures to address its vulnerabilities. It leaves a door open for the possibility of collaborating with regulators to preserve the identity of crypto that drew so many in: financial autonomy and inclusion.

To be sure, these practices may appear to resemble practices in Web2 that implement certain centralizing features. However, the application of these standards by parties invested in the ethos of the industry may be the silver lining that is needed.

Self-regulation will be an important approach toward governing the evolving landscape of the crypto industry. The extent of innovation possible and, inversely, the enforcement of government regulation will be reflected by how well the industry proactively regulates itself. To usher in a new era of sustainable growth shaped by those who truly understand what the crypto industry wants to be and where it is heading, real foundational changes and self-regulation must take priority.

Will Harborne is co-founder and CEO of Rhino.fi, a single gateway into a multichain, gas-free world of Web3. An early pioneer in the Ethereum ecosystem, Will entered crypto full-time when he joined Bitfinex in 2017 to lead incubation and launched Ethfinex Trustless. Ethfinex evolved into DeversiFi in 2019 and rebranded to Rhino.fi in 2022. Before venturing into crypto, Will was a technology consultant at Cambridge Consultants and IBM.
Categories: TECH 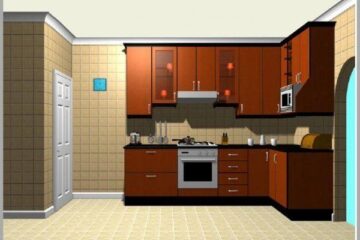 What is Swap? Facts To Consider A Breakdown of the Internal Structure of a Foreign Exchange Swap For what reason is a credit or debit for interest being made? How will the foreign exchange swap Read more…