Coming every Saturday, Hodler’s Digest will help you track every single important news story that happened this week. The best (and worst) quotes, adoption and regulation highlights, leading coins, predictions and much more — a week on Cointelegraph in one link.

Documentation related to FTX’s bankruptcy proceedings revealed the firm was mismanaged on multiple levels. FTX Group was reportedly composed of multiple companies categorized into four silos. A $1 billion personal loan was reportedly allocated to former FTX CEO Sam Bankman-Fried from one of those silos. The documentation also revealed many other holes and oddities relating to the function of FTX. Several regulators are reportedly looking into FTX, including the Securities Commission of the Bahamas. The Financial Industry Regulatory Authority, a self-regulatory U.S. organization, has also opened a broader investigation into crypto-involved companies in general, evaluating their communications with the retail public.

Binance CEO Changpeng Zhao unveiled his work on a new fund to help the struggling crypto sector — a sector which has been negatively affected by the fall of FTX. Zhao’s new fund looks to help by assisting “strong” crypto industry companies that have liquidity issues, the CEO said in a Nov. 14 tweet. Such companies should reach out to Binance Labs, as well as players looking to add capital to the fund. The fund will not go toward helping FTX, however, as specified by Zhao.

How to prepare for the end of the bull run, Part 1: Timing

The FTX contagion: Which companies were affected by the FTX collapse?

The recent downfall of FTX has impacted the overall crypto space in multiple ways — from increased regulatory watch to companies having assets stuck with FTX. More than 10 companies have reported having felt negative effects from the FTX ordeal, often with millions of dollars in jeopardy. Companies include Galaxy Digital, Sequoia Capital, BlockFi, Crypto.com and Pantera Capital, among others. At this stage, the impacts on the affected companies do not appear to be devastating for the most part, although the details vary.

The wait continues for a decision on ARK 21Shares’ spot Bitcoin exchange-traded fund (ETF) from the United States Securities and Exchange Commission (SEC). The regulator has pushed its decision deadline to Jan. 27, 2023 regarding a rule change that would allow listing of the mainstream Bitcoin product. The commission has delayed its decision twice before on this particular product. Numerous Bitcoin ETFs have faced denials from the SEC in the past.

For more info on crypto prices, make sure to read Cointelegraph’s market analysis.

Despite the bad rap, NFTs can be a force for good

This is how to make — and lose — a fortune with NFTs

“In systems where there is no self-custody, the custodians accumulate too much power and then they can abuse that power.”

“I repeat… EXIT ALL THE MARKETS”

“Everything would be ~70% fixed right now if I hadn’t [filed for Chapter 11 bankruptcy]. […] But instead I filed, and the people in charge of it are trying to burn it all to the ground out of shame.”

“I’m sure there are multiple players that will probably get impacted […] in the following weeks, you know, small, large — but I would say [FTX] in terms of magnitude will be one of the larger ones before the whole cycle really ends.”

“To date, efforts by billionaire crypto bros to deter meaningful legislation by flooding Washington with millions of dollars in campaign contributions and lobbying spending have been effective.”

Prediction of the Week

Bitcoin fell below $16,000 early in the week. The asset subsequently rallied back to $17,000, only to face rejection around the level on multiple occasions throughout the week, according to Cointelegraph’s BTC price index.

Due to the FTX situation, QCP Capital now expects that BTC may possibly fall to $12,000, according to its Elliot Wave theory chart analysis.

“This underperformance of all crypto assets is here to stay until the bulk of uncertainty has cleared up — likely only near the turn of the new year,” QCP said on Telegram.

FUD of the Week

Speculation about the health and solvency of Crypto.com reached a boiling point this week after the digital asset exchange sent 340,000 ETH to Gate.io. The transfer was flagged as suspicious by some members of the crypto community because it occurred around the time that exchanges were publishing proof-of-reserves in the wake of FTX’s collapse. Crypto.com claims that 100% of user-owned cryptocurrencies are held in cold storage, so the transfer to Gate.io was confusing to some crypto sleuths. Crypto.com CEO Kris Marszalek later revealed that the funds were sent to Gate.io accidentally.

Speaking of Gate.io, it along with crypto exchange Huobi has been under fire for allegedly sharing outdated snapshots of its digital asset reserves that included loaned funds. Obviously, some investors were suspicious that Gate.io received a top-up from Crypto.com before publishing its proof-of-reserves. However, Gate.io founder Lin Han revealed that the snapshot in question was taken on Oct. 19, two days before Crypto.com accidentally transferred 240,000 ETH. Huobi, meanwhile, has yet to explain why it transferred 10,000 ETH to Binance and OKX wallets soon after releasing its snapshot.

FTX crisis could extend crypto winter to the end of 2023: Report

The 2022 bear market has been unlike anything we’ve ever seen in crypto, with the collective failures of Terra (LUNA), Celsius, Voyager, FTX and BlockFi still reverberating across the industry. According to new research from Coinbase, the FTX collapse and its resulting contagion effects could extend crypto winter for another year. “The unfortunate events surrounding FTX have undoubtedly damaged investor confidence in the digital asset class,” the report read. “Remediation will take time, and very likely this could extend crypto winter by several more months, perhaps through the end of 2023 in our view.”

“People are being asked to make changes to help mitigate climate change, but I can’t pull a CO2 molecule from the air and show it to you.”

“People imagine this as a second life… in the virtual world, people can have a better virtual house than others.”

Traditional financial institutions continue to demonstrate use cases for digital asset support, along with DeFi capabilities, despite current market conditions.

The most engaging reads in blockchain. Delivered once a
week. Eric Idle, the Monty Python group member, has made headlines of late by openly chastising other comedians, most notably his old partner John Cleese, but now also Dave Chappelle, for crying “censorship” when in fact Read more… 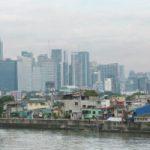 The end of easy money, growing social and environmental dangers, and fast-changing market conditions are putting the pressure on investment returns. So how will tomorrow’s investment managers meet the demands of their clients?   Read more…